That’s History and He’s Sticking to It 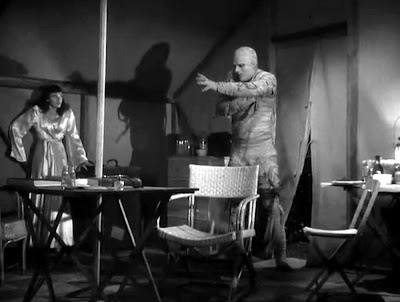 From epoch to era he'd flounder
Now 'Hotep--or Kharis--has found her
And though she says "no"
He knows he's her beau
So schleps here and there just to hound her.

In The Mummy's Curse (Leslie Goodwins; 1944), Princess Ananka (Virginia Christine) is pursued by Kharis, the Mummy (Lon Chaney Jr.). Imhotep was the Mummy's name in the 1932 original. Title by sticky Donald B. Benson.
Posted by surly hack at 3:30 AM