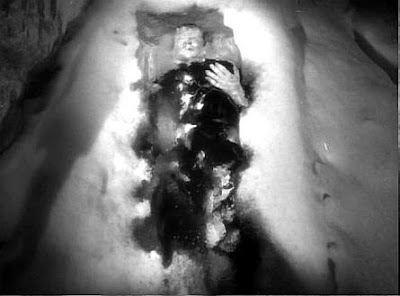 First the castle with water was filled
Then the wrassling monsters were chilled
But the freaks were preserved
And in sequels they served
Because cash-cows can never be killed. 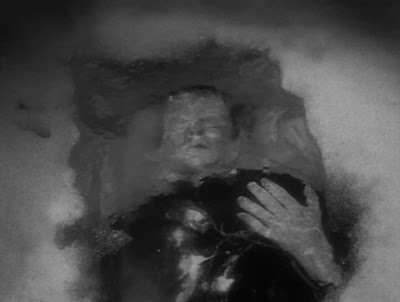 Frankenstein's Castle flooded at the end of Frankenstein Meets the Wolf Man (1943), submerging the the Monster and the Wolf Man. At the start of that film's sequel, House of Frankenstein (1944), the creatures are discovered frozen in ice beneath the ruined castle. Western actor Glenn Strange plays the Monster in the latter film, though the monster shown here is, no doubt, a dummy.
Posted by surly hack at 2:00 AM

Thanks, Joe. I appreciate it.