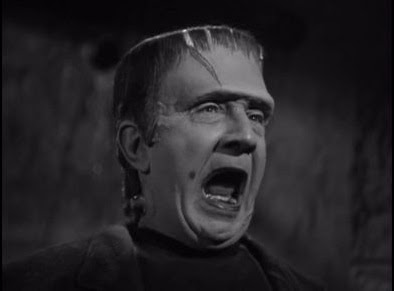 Once, Lugosi refused to play dumb
Now he knows he's a loser, a bum
He plays killers and brutes
Tries to fill Karloff's boots
Holds his nose, hits his cues, and grows numb.

Legend has it that Béla Lugosi turned down the role of The Monster in the 1931 Frankenstein, in part because there wasn't any dialog. When he finally played the character in Frankenstein Meets the Wolf Man, the Hungarian actor must have been chagrined to learn that all his lines had been cut from the final print.
Posted by surly hack at 2:00 AM