A Word From Our Monster


The monster, jut-browed and big booted
Is to consonants loudly ill-suited
The test audience howls
At his messed-up, flawed vowels
In response to this crowd he gets muted. 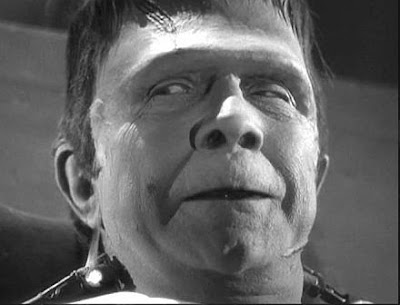 In the script, Bela's part had been speaking,
But was snipped through the art of sneak-peeking
With his accent too thick
He was cut to the quick
His lines stripped due to heartless critiquing.

After negative previews, Béla Lugosi's dialog was cut from Frankenstein Meets the Wolf Man (1943).
Posted by surly hack at 2:00 AM