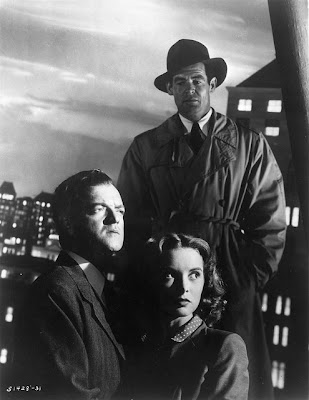 He's an average American wimp
But nemesis stalks the poor simp
Though it seems like Van Heflin
is non-stick like Teflon
He can't shake the man with the limp.

Limping vet Robert Ryan casts a dark a shadow over the post-war prosperity of Van Heflin and Janet Leigh in Act of Violence (Fred Zinneman, 1948).
Posted by D Cairns at 5:41 AM

pre Psycho Janet Leigh,flowing locks and baby fat,cut me off a piece o that..

The error in line 3, which has been corrected, was my fault, and not David's.