Lon, a Ghoul From Far Away 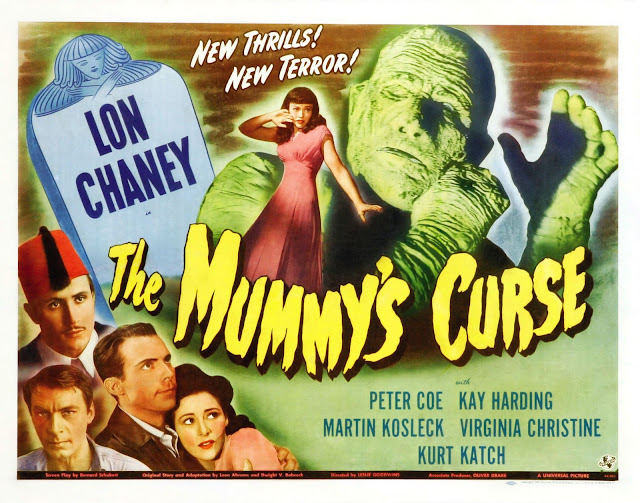 Guess who played a mummy from Egypt.
Off to the New World he'd be shypt.
Now mind you, young Chaney
Declined to complain; he
Well knew that his contract he'd see clypt.

The Mummy's Curse (Leslie Goodwins; 1944)  marks Lon Chaney, Jr.'s third and final appearance as Kharis, the Egyptian mummy. The 1940s Universal Mummy films moved the setting from Egypt to the United States.
Posted by surly hack at 3:30 AM