Fay Wray has some narrow escapes
And evades the most harrowing scrapes
In the very same swamp
She did merrily romp
With the greatest and rarest of apes. 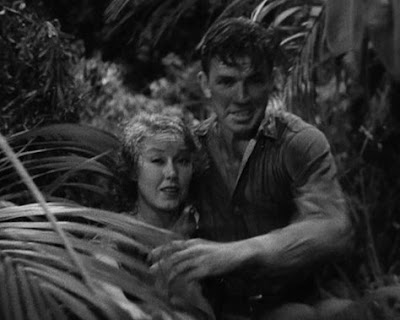