Move quickly through moss-cushioned bogs
Past thickets, across giant logs
In the jungle you race
As a hunter gives chase
'Til the sicko is tossed to the dogs. 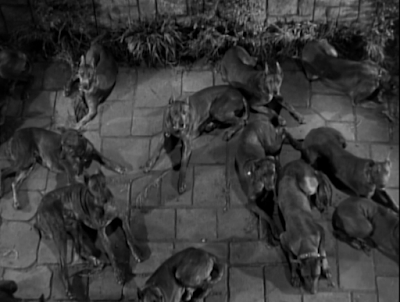 Joel McCrea and Fay Wray star in The Most Dangerous Game (Irving Pichel; 1932). The film was shot at night on the King Kong Skull Island jungle sets. Title by the titles champ, Donald B. Benson.
Posted by surly hack at 2:30 AM