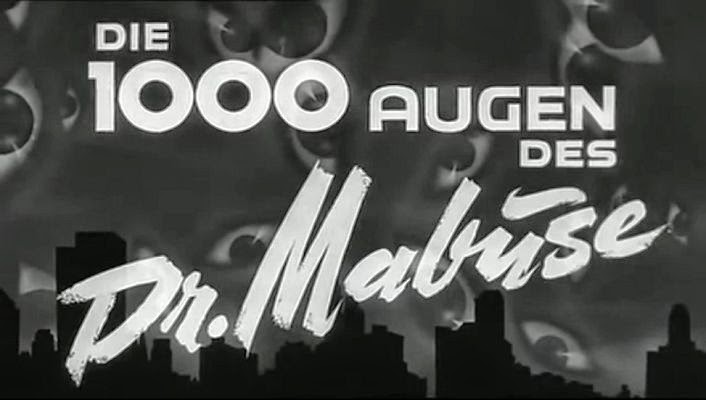 A hotel which is teeming with eyes
Where the bellhops, it seems, are all spies
When that master called Fritz
At long last calls it quits
In farewell, early themes he'll reprise. 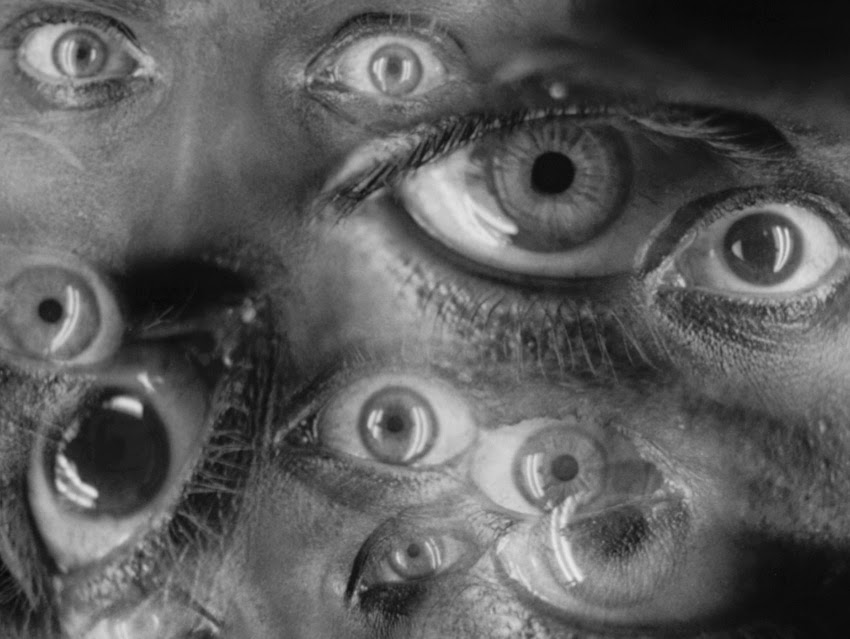 The Thousand Eyes of Dr. Mabuse (Die 1000 Augen des Dr. Mabuse) is the last film by Fritz Lang, which he directed in 1960. Title character Dr. Mabuse had appeared in earlier films by Lang back in 1922 and 1933. And compare the title frame from the 1960 film (top) to the frame from Metropolis(above), which Lang directed in 1929. Posted as part of The Late Show, the blogathon of late films.
Posted by surly hack at 2:00 AM

Wow! Wonderful. I think I can't do a review in limericks.
Love Fritz Lang, although his swan song is still in my to-watch list.
Don't forget to read my contribution to the blogathon! :)
Greetings!
http://www.criticaretro.blogspot.com.br/2014/12/os-ultimos-filmes-de-harold-lloyd.html