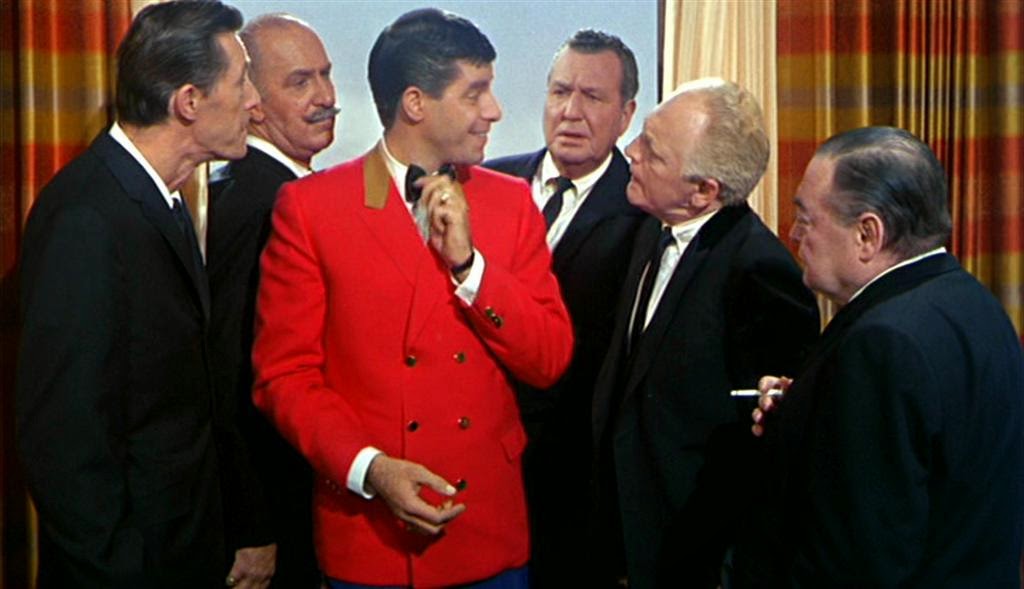 If you spend your career making merry
You may end, your ribs aching, with Jerry
Leave 'em laughing at last
On behalf of the cast
And we'll send you from here on the ferry.
The Patsy (Jerry Lewis; 1964) was Peter Lorre's final film. Lorre died in March 1964, several months prior to its release. Left to right: John Carradine, Keenan Wynn, Jerry Lewis. Phil Harris, Everett Sloane and Lorre. Posted as part of The Late Show, the bloathon of late films.
Posted by surly hack at 2:00 AM

They asked the man named Peter Lorre,
"Why stray from your old territory?"
He said "Playing with Jerry,
That's even more scary
Than any old Edgar Poe story!"

Very nice, and not at all gory.