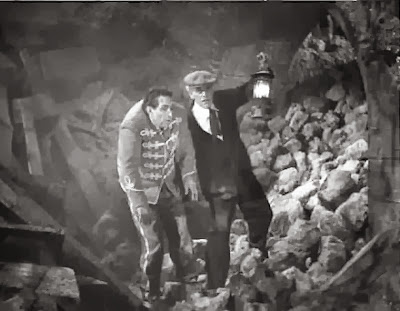 When Talbot gets hit by a wave
He's called to a bitter cold grave
But he's thawed like Buck Rogers
By an odd pair of codgers
An appalling old shit and his knave. 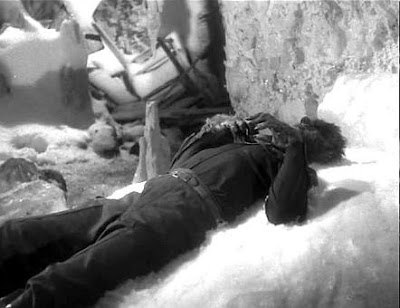 At the end of the previous film in the series, Frankenstein Meets the Wolf Man (1943), werewolf Larry Talbot (Lon Chaney Jr) was submerged in a flood, presumed drowned. In House of Frankenstein (1944), his frozen body is discovered by hunchback Daniel (J Carrol Naish) and his mad doctor boss (Boris Karloff).
Posted by surly hack at 2:00 AM