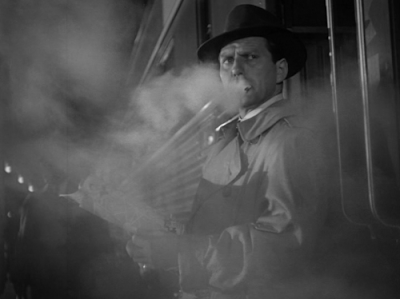 He's been gargling whisky for days
And his voice rasps like gravel ablaze
With a pile-driver chin
Made of granite, not skin
All life wilts 'neath his terrible gaze. 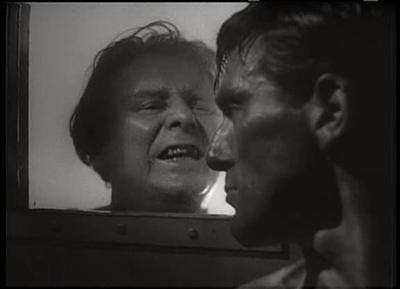 Actor Charles McGraw lent his gravelly gravitas to many a noir. Here he's letting off steam in Narrow Margin (Richard Fleischer, 1952) and T-Men (Anthony Mann, 1947), with Wallace Ford as "The Schemer". Stick around as we crawl into the back alley for a week of film noir.
Posted by surly hack at 4:30 AM