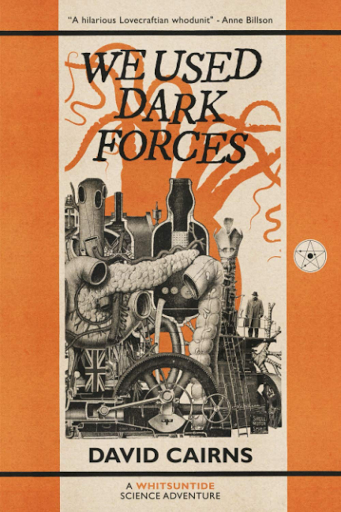 Filmmaker, screenwriter, teacher, critic, and LimerWrecks contributor David Cairns is a busy fellow. He's just finished a novel, We Used Dark Forces: A Whitsuntide Science Adventure, which you can purchase or read about here. David's mad scientist character Whisuntide is featured in his short film The Northleach Horror, free to watch here. I'm a big fan of David's deadpan comedy short, Cry For Bobo -- which you can watch here. David also co-directed and wrote the screenplay for the feature documentary, Natan. And don't forget to visit David's lively and informative blog Shadowplay. Like I said, a busy fellow.

Note that this one is available as eBook AND as actual physical book. Got the latter, debating whether it's too scary for bedtime reading.