Wouldn't It Be Rubbery? 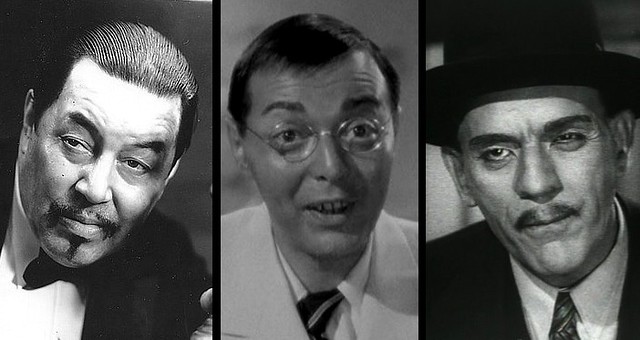 With eyelids glued onto their faces
These wily savants work their cases
Peter, Boris and Warner
Each perform as a foreigner
And as Moto, Wong, Chan change their races.