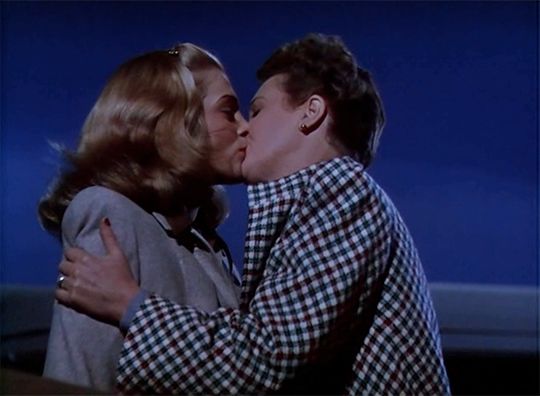 Who was Lizabeth's date to the prom?
Was it Izzy or Nate...maybe Tom?
It was someone or other
Though it wasn't her mother
Gee whiz, she's too straight for her mom!

Lizabeth Scott with Mary Astor, her onscreen mother, in the overheated Desert Fury (Lewis Allen; 1947).
From wikipedia:
Film noir expert Eddie Muller wrote, "Desert Fury is the gayest movie ever produced in Hollywood's golden era. The film is saturated - with incredibly lush color, fast and furious dialogue dripping with innuendo, double entendres, dark secrets, outraged face-slappings, overwrought Miklos Rosza violins. How has this film escaped revival or cult status? It's Hollywood at its most gloriously berserk."
Posted by surly hack at 3:30 AM