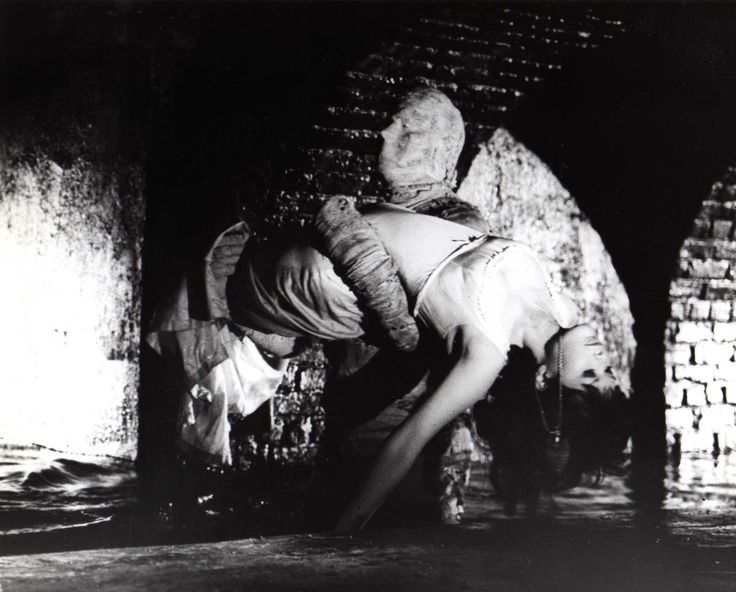 He flees with this dish in the sewer
He sees she's delish, thinks he'll do her
But he's terribly old
His scarab's grown cold
And, wheezing, he'll wish he was newer.

Dickie Owen as the Mummy Ra-Antef, carries Jeanne Roland in The Curse of the Mummy's Tomb (Michael Carreras; 1964). Title by four-flusher David Cairns.
Posted by surly hack at 3:30 AM