Evasion of the Body Snatcher 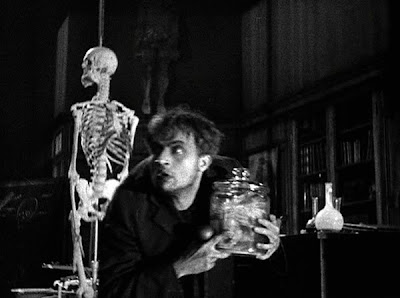 Dwight tries to explain how he's bumbled
There's a crisis with brains that he fumbled
One's improper, a wreck
And one's dropped on the deck
But what lies in Frye's cranium's jumbled.