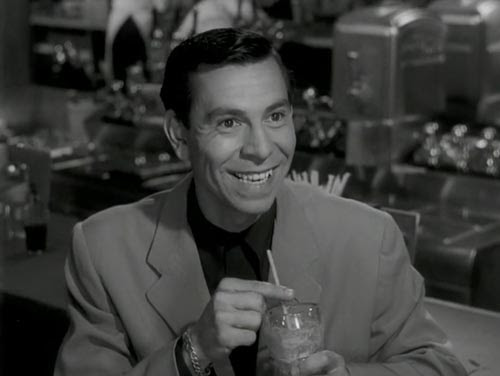 This movie's so bitter and black,
The jolliest character's Jack.
On "Dragnet", that's him
All stoic and grim --
The sort who'd give Wilder a whack.

It's a very weird thing to see Jack smiling.

Or to show any emotion at all.