He keeps on caressing his scar
The creep's an obsessive-bizarre
He seeks human prey
(He's freakish that way),
And steeps heads of guests in a jar. 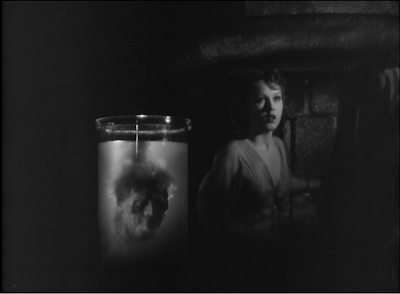 Leslie Banks and Fay Wray in The Most Dangerous Game (Irving Pichel, Ernest B. Schoedsack, 1932). The head is being marinated for mounting as a hunting trophy. During WW1, Banks sustained an actual facial scar, here covered by his beard.
Posted by surly hack at 3:30 AM