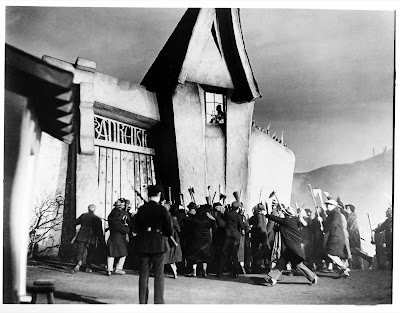 Dwight's appearance in SON is uncertain
Is he here? Did ring down the curtain?
Does he grace it, unbowed
As a face in the crowd?
One might fear that he's gone for a burton!

The IMDb lists Dwight Frye as "Villager (unconfirmed)" in Son of Frankenstein. "Gone for a burton" is an archaic British expression meaning: No longer functional - a reference to a person who had died or an item that was broken.  It's clear this is Dwight Frye-days.
Posted by surly hack at 2:00 AM