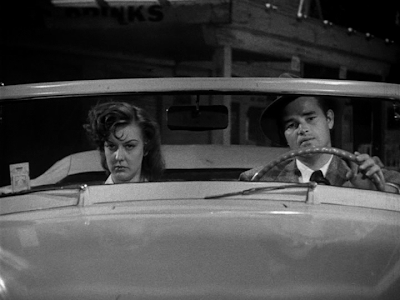 From PRC, Poverty Row
It's a product of genius, not dough
The budget was strained
But un-grudged and unchained
Did the odd creativity flow. 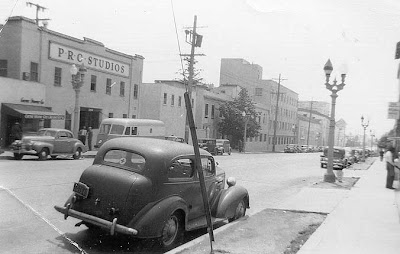 Tom Neal stars in the minimalist masterpiece Detour (Edgar G. Ulmer, 1945). PRC is the acronym for Producers Releasing Corporation, one of the less prestigious Hollywood studios that comprised what became known as Poverty Row. The studio cranked out mostly routine, low-budget B-movies from from 1939 to 1947.
Posted by surly hack at 4:30 AM